Of Note; this is part of the course:
Section: 2.0 - Financial Consideration
🔗 For enrollment and details, please visit:

Consolidation is nothing new. It has been going in different industries. There are 95% fewer department stores as compared to the 1960s. 75% of airlines have vanished as compared to the1960s and banking industries are practically half what they used to be in the1990s.

Currently, the US has 80 large hospital care systems. There are 10 plus hospital systems as defined by large and then there are mid-tiers and academic centers, and then small community hospitals. There are still quite a few 1300 or so small community hospitals, but they are being acquired at a very significant increasing rate by mid-year and then becoming larger, larger hospital systems as we go along. And, why do we do that?

Why Consolidate? It’s All About Revenue

It's about the business at the end of the day. Larger hospitals captured 82% more of the revenue as compared to smaller hospitals, which captured 45% of the revenue. So there's clearly a significant advantage for becoming big. There are some of these advantages coming from consolidation itself, in terms of economies of scale and some of it has to be different.

Unfortunately, “Winner takes all”. As you can see larger and larger the hospital system is, they gather up smaller and smaller hospitals becoming from large to huge. That is the reality of life we live in. The winner takes all in terms of everything.

There's a significant amount of loss of phenomena autonomy. As a physician, you do not have a direct impact on what your concerns are about the patients. There's such a level of hierarchy that by the time you get to the top it just does disappear. And in terms of individualization, patient care is lost because there's decreased competition. There's no other group in the area except for that particular big large hospital system and therefore patients’ choices are significantly decreased. Similarly, decreased access means increased bureaucracy and it's going to end up increasing the prices.

First, the hospital scales by making sure that it's at least three or four bigger. Then, it goes and invests in its capabilities and therefore makes sure that it has different service lines that are capable enough. And then, it improves the quality in terms of pricing, measurements etcetera and finally improves the efficiency and takes over other hospitals as we move along.

Consolidation of Providers, Not Just systems

Provider Consolidation Leads To Higher Health Care Prices For Private Insurance; This Is True For Both Horizontal And Vertical Consolidation - @KarynLSchwartz

If you have all the providers under one umbrella of the healthcare system, there is no other way for the patient to go. And more importantly, there's no other way that the insurance company can pay for that because they have to go through that hospital care system. So for private insurance is this is a big issue.
This is true for both horizontal and vertical. When you say horizontal, the system within becomes so consolidated that you have to obey the health care system when insurance payments are concerned. When you say vertical, in terms of within the market itself, you are bound by the rates set up within the insurance company which are consolidated from the very big market strategy-wise.

In healthcare expenditure, one large overlooked factor is the increasing monopolization of health care markets.
Example 1:
Between 2007 and 2011, there were 366 U.S. hospital mergers and acquisitions. Healthcare prices increased by 6% when the merging hospitals were geographically close.
Price Ain't Right? Hospital Prices and Health Spending on the Privately Insured*
Abstract. We use insurance claims data covering 28% of individuals with employer-sponsored health insurance in the United States to study the variation in healt

Example 2:
Between 1996 and 2012, in‐state hospital mergers yielded an increase in healthcare prices by 7-9%.
The price effects of cross‐market mergers: theory and evidence from the hospital industry
We thank the Editor, three anonymous referees, David Balan, Cory Capps, David Dranove, Gautam Gowrisankaran, Aviv Nevo, Bob Town, Nathan Wilson, and numerous conference and seminar participants for useful comments and discussion; and Matthew Schmitt and Victoria Marone for exceptional research assistance. All errors are our own.

Even more consequential for the cost of healthcare is the increasing monopolization found among hospitals, which accounts for the majority of U.S. health care spending. When hospitals buy out their competitors, the effect is almost always higher prices. Also, hospital consolidation often leads to reduced access and quality of care.
The bottom line is this: As consolidation looks increasingly appealing to struggling executives, they must remember that not only is consolidation bad for business, consolidation is bad for consumers, too.

Impact of Covid-19 on Consolidation

Preparing for a Post-Pandemic Boom in Healthcare Consolidation
Based on McKinsey, they're estimating that independent physician practices are significantly amenable to getting bought up. Small practices can be bought up pretty easily.

1.
In Pandemic, More Are Paying for Direct Access to Their Doctors
Wealth Matters Concierge care has grown fast as patients no longer want to sit in a waiting room with strangers. But it comes at a high price. Kimberly Caspare, a physical therapist, has been caring for patients through one-on-one virtual sessions while working with the N.B.A. at Disney World. Credit... 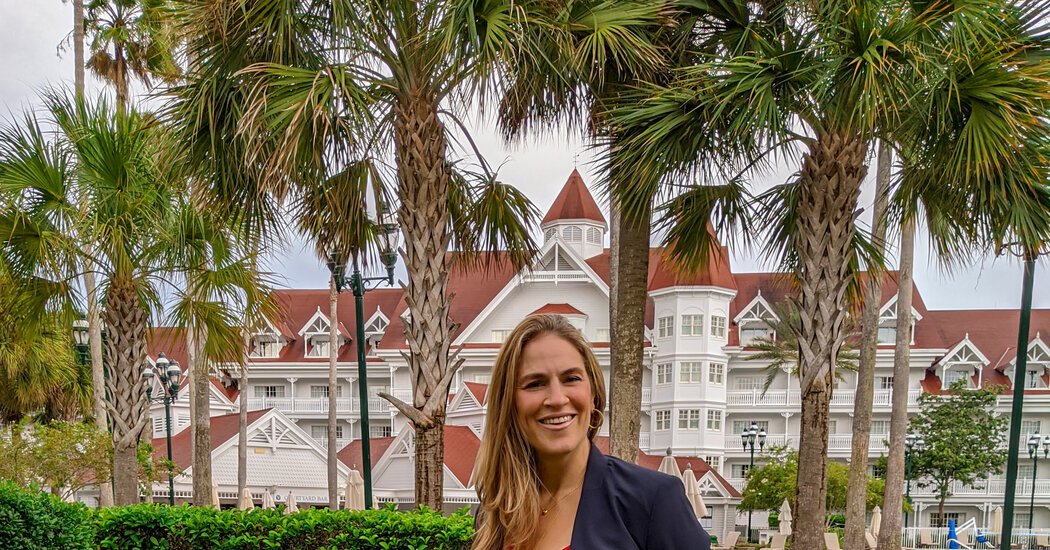 2.
Great Consolidation of Health Systems | Deloitte US
Deloitte models estimate that after consolidation in the next decade, only 50 percent of current health systems will likely remain. Executives should consider defining how their hospitals will survive: Should they acquire? Differentiate? Seek other relationship types? Staying the course is no longer an option. 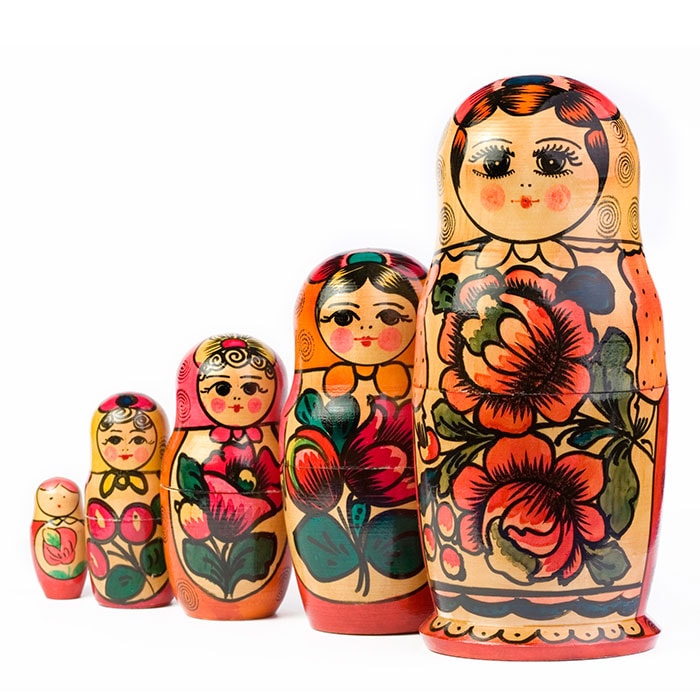 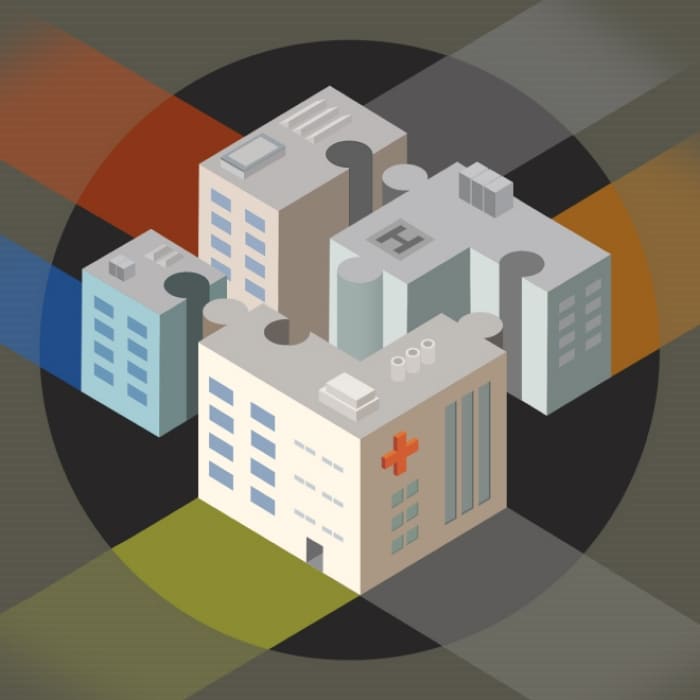 4.
www.healthaffairs.org
If the address matches an existing account you will receive an email with instructions to reset your password.

5.
What We Know About Provider Consolidation
The COVID-19 pandemic has led to dramatic decreases in health care spending, as patients and providers have delayed a wide range of health care services. The decrease in service use and spending resulted in a decline in revenue for many providers at the same time that some are facing increased costs due to the pandemic. 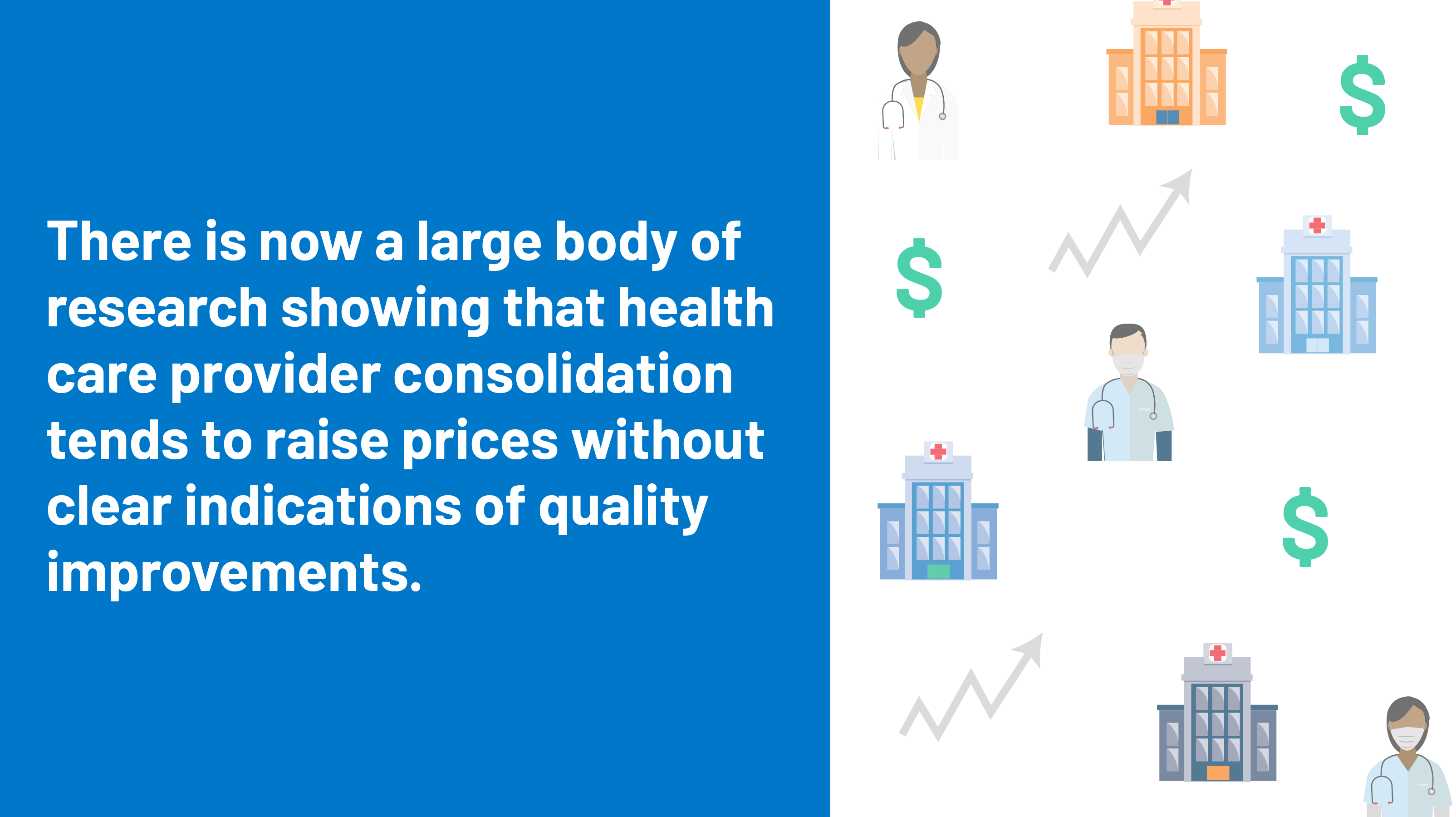 6.
Price Ain't Right? Hospital Prices and Health Spending on the Privately Insured*
Abstract. We use insurance claims data covering 28% of individuals with employer-sponsored health insurance in the United States to study the variation in healt

7.
The price effects of cross‐market mergers: theory and evidence from the hospital industry
We thank the Editor, three anonymous referees, David Balan, Cory Capps, David Dranove, Gautam Gowrisankaran, Aviv Nevo, Bob Town, Nathan Wilson, and numerous conference and seminar participants for useful comments and discussion; and Matthew Schmitt and Victoria Marone for exceptional research assistance. All errors are our own. 9.
Covid-Induced Hospital Consolidation: What Are The Impacts On Consumers, And Potentially The President
Covid-19 has initiated yet another wave: A wave of hospital mergers and acquisitions that will have devastating consequences for public health if industry doesn't soon execute an about-face. 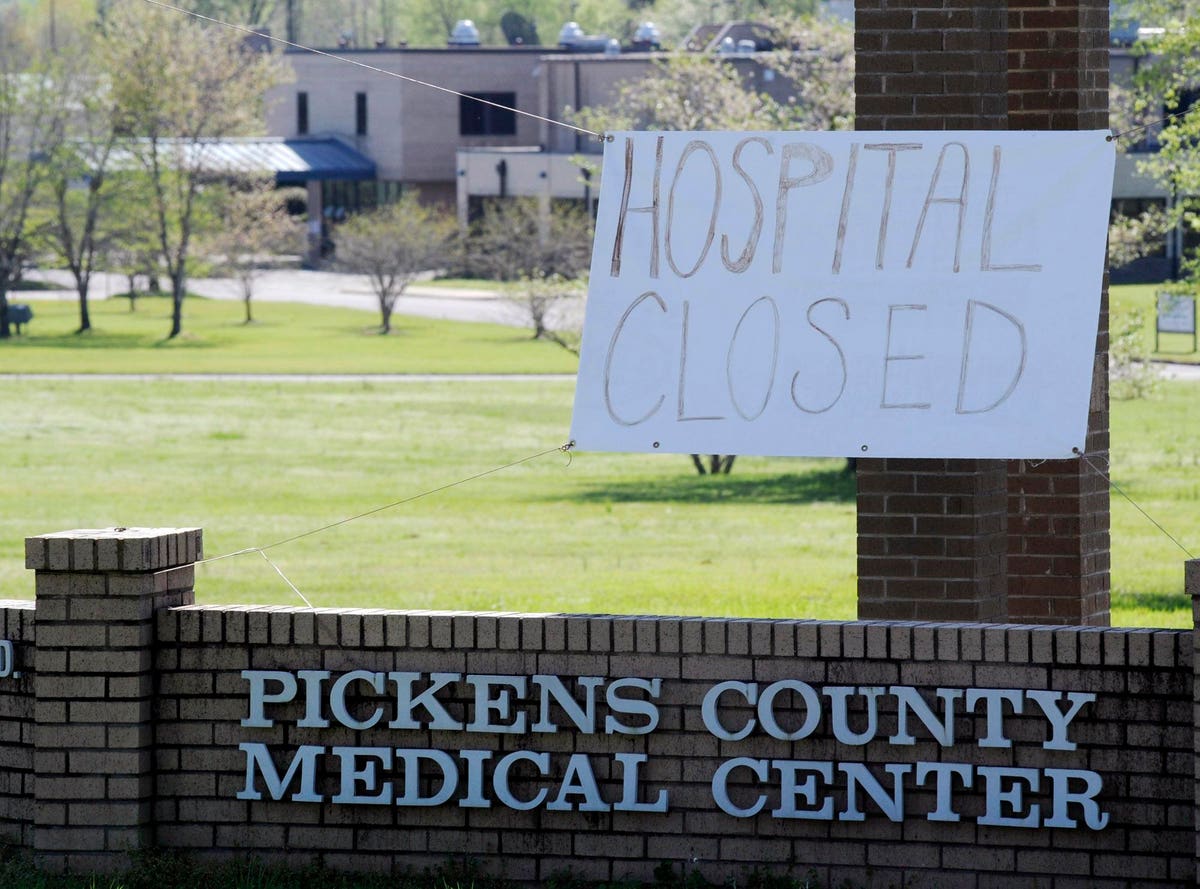 10.
Preparing for a Post-Pandemic Boom in Healthcare Consolidation
This article is part of Bain's report US Healthcare Trends 2020: Insights from the Front Line. Explore more insights from the report here. Providers have been consolidating over the last decade as organizations pursue economies of scale and expand vertically and horizontally.

AINeuroCare Academy is an educational platform for the next decade of clinical care.

Impact of Pandemic on Healthcare Finances

In this blog, let’s go through the trends that were pulled up as a result of this pandemic and also its impact on physicians and healthcare systems financially.

"There are decades where nothing happens; and there are weeks where decades happen" - Pandemic; as terrible as it was. Accelerated the digital transformation in all industries especially in healthcare starting with virtual care.